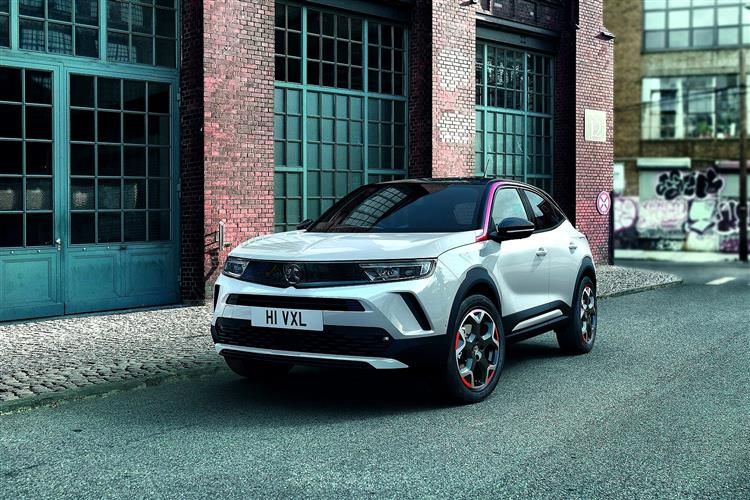 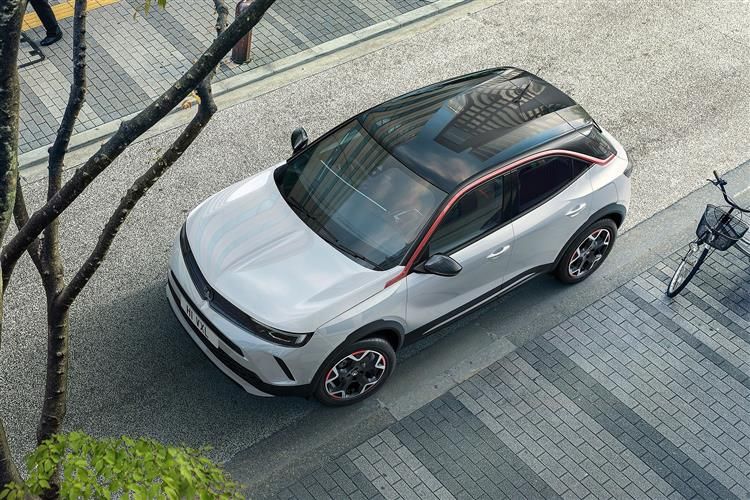 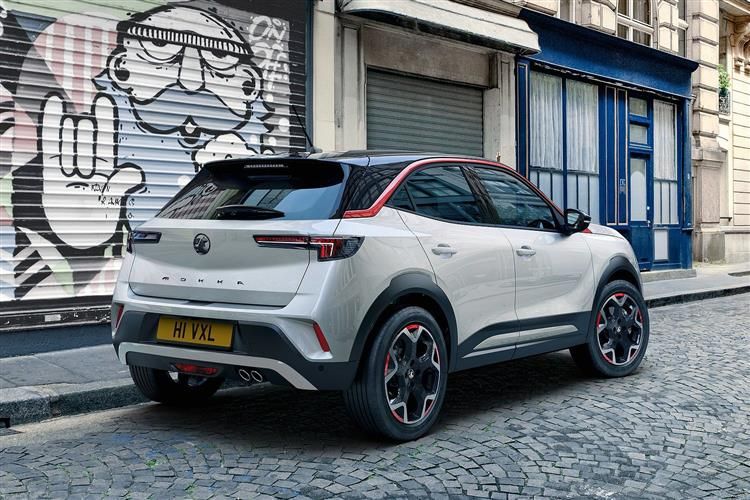 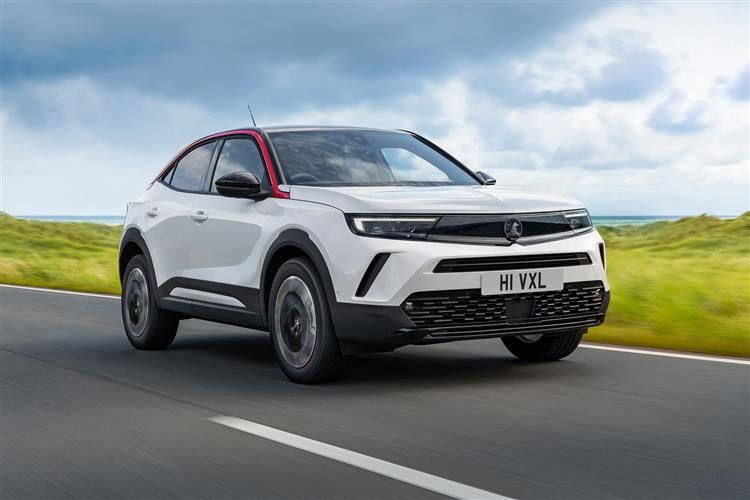 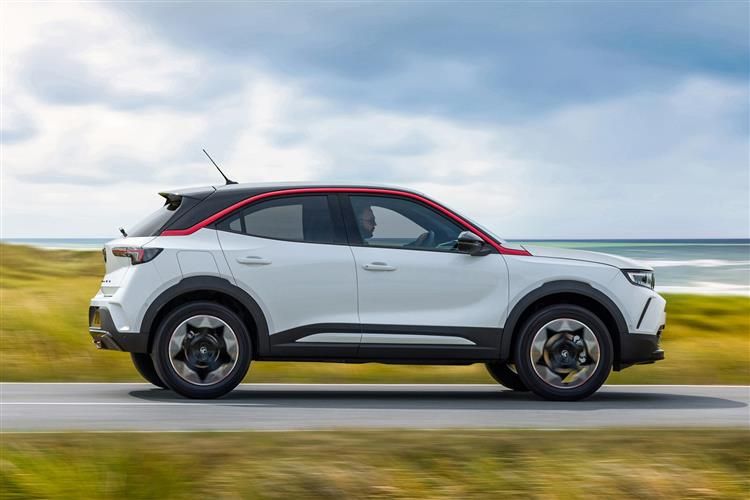 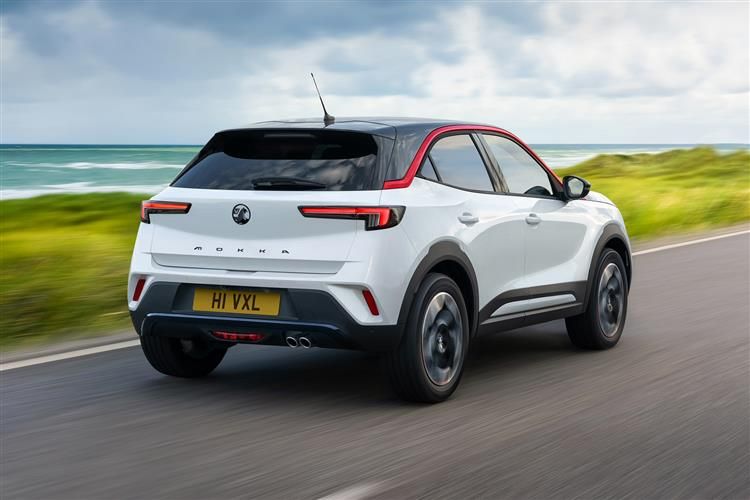 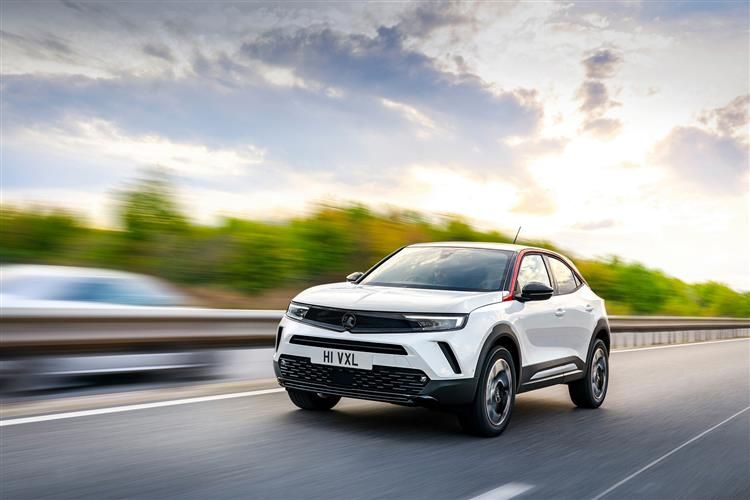 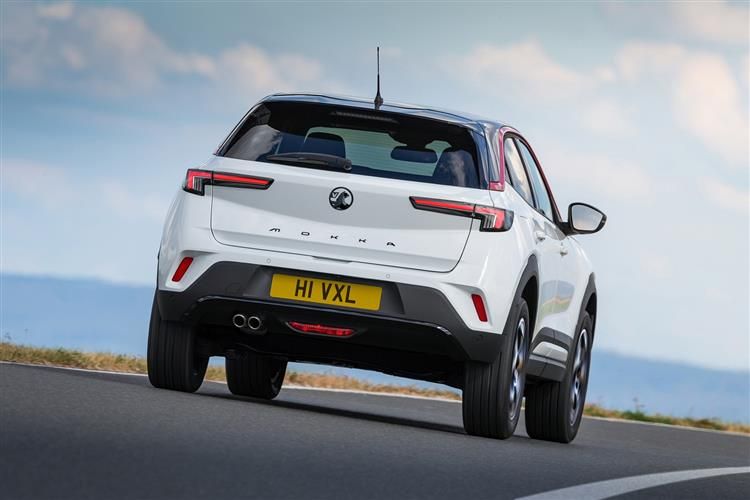 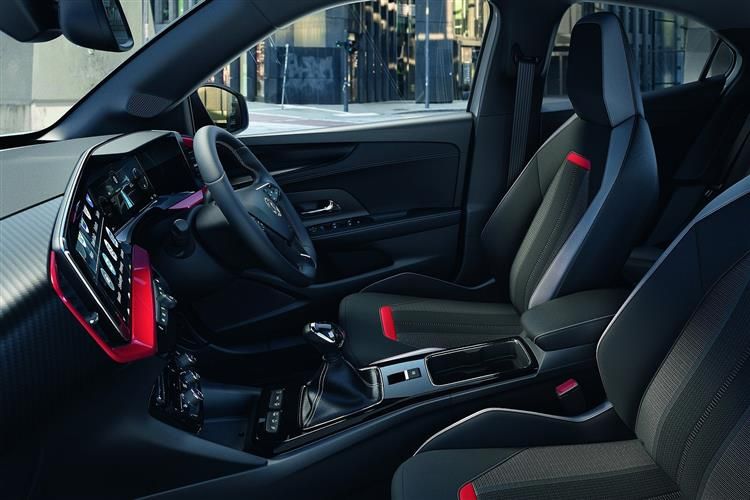 Vauxhall has reimagined what its little Mokka SUV can be. Jonathan Crouch checks it out.

Vauxhall needs more of a competitive presence in the industry's fastest growing segment, that for small trendy SUVs. And, courtesy of PSA engineering, this second generation Mokka model provides it. There's nothing that changes the class norm here, but we can't remember a more visually appealing Vauxhall in recent memory - and that has to be a good thing.

Welcome to the fresh new face of Vauxhall, showcased here by the trendy so-called 'Vauxhall Visor' look of this second generation Mokka SUV. You might remember the Mokka, one of the earlier small crossovers, first introduced in 2012, then updated and relaunched as the Mokka X in 2016, which then petered out in 2019 as its place in the range became squeezed between the (smaller) Crossland X and the (larger) Grandland X. Like those two cars - but unlike the original Mokka - this MK2 design is based on the engineering of Vauxhall's French PSA parent group. That means it's basically the same underneath as a MK2 Peugeot 2008 or a DS 3 Crossback. Which in turn means that there's also a full-electric version, the Mokka-e.

No surprises beneath the bonnet. Not if, mindful of this car's PSA-sourced engineering, you're expecting a carry-over from the Peugeot 2008 anyway. If you're looking for a combustion engine, there are three choices - two petrol and a single diesel. The least powerful unit is a 1.2-litre turbo petrol powerplant with 100PS which is mated to a 6-speed manual gearbox. The same Puretech-sourced three cylinder unit can also be had with 130PS, in which guise you can optionally specify an 8-speed auto gearbox. If you're one of the few customers in this segment that still want a diesel, there's a 1.5-litre black pump-fuelled unit with 110PS that uses a 6-speed manual gearbox. Like the Peugeot 208 and the DS 3 Crossback, this Mokka sits on the PSA Group's latest CMP platform - which, incidentally, can't support a plug-in hybrid powertrain, so there'll be no competitor here to Renault's Captur PHEV. You can though, have a full-electric variant, the Mokka-e, which, like the Corsa-e and the Peugeot e-208, uses a 50kWh battery pack and a front-mounted electric motor which puts out 135PS and 260Nm of torque. Vauxhall claims the Mokka-e will be able to cover a WLTP-rated range of 201 miles on a single charge.

This is what the Vauxhall of the future will look like - according at least to the brand's design boss Mark Adams. He is primarily referring to this MK2 Mokka's assertive front end treatment, previewed back in 2018 by the Opel GT X Experimental concept car which first showed us the so-called 'Vauxhall Visor' look made up of bold nose treatment featuring ultra-slim LED daytime running lights and more prominent badgework. The idea here is that this second generation design should feel more compact than its predecessor; it actually is 125mm shorter and has smaller front and rear overhangs. But the wheelbase is fractionally longer, so there's just as much space inside. Which you should feel when you take a seat in the cabin. Behind the wheel, this Gallic-influenced design is of course nothing like the previous Korean-sourced car. There are no conventional gauges: just a 12-inch digital instrument display, which works in conjunction with a central infotainment monitor that's either 7 or 10-inches in size depending on trim and is angled towards the driver. The layout uses what is called 'Pure Panel' design to make the two screens look like one long display. Predictably, materials quality is of a much higher grade than the old model. But space in the back isn't much different - though it's much better of course, than you get in a Corsa. The 350-litre boot is much the same size as that of the previous model too.

Expect pricing to be similar to a Peugeot 2008, which means that it will sit in the £20,000-£35,000 bracket. Which is a little bit of a step up from the previous Mokka X. Still, you'll get a broad selection of technology for that, including on upper-spec models features like adaptive LED matrix headlamps and a 180-degree rear view camera. Vauxhall also promises plenty of camera safety systems as well - things like autonomous braking, traffic sign recognition, Active Lane Assist and adaptive cruise control. Luxury interior features that you can specify include leather upholstery, alcantara trim and heated driver's seat that can include a massage function. On lower-spec models, you'll get a 7-inch centre dash screen, but you can upgrade that to the 10-inch monitor that's fitted as standard at the top of the range. Talking of the top of the range, that's where you'll find the sporty 'SRi' model, which features 18-inch alloy wheels, a 2-tone paint scheme, a gloss black radiator grille and black and red exterior trim. The cabin features unique seat trimming and red flashes on the instrument binnacle.

Let's get to the WLTP-rated fuel and CO2 stats - which unsurprisingly, are pretty much identical to those you'd get from Peugeot 2008 or a DS 3 Crossback. The entry-level 100PS petrol unit offers a combined cycle reading of between 49.6 and 51.4mpg and emissions figures of between 124-128g/km of CO2 - which puts the Mokka in the 7th cheapest road tax bracket. If you'd rather have the perkier 130PS petrol unit, the reading is between 50.4-51.4 MPG, with CO2 ranging between 123 and 126g/km, The single diesel variant can return up to 65.7mpg and emits 114g/km of CO2. As for the pure electric Mokka-e, we mentioned earlier that it will cover a 201 mile WLTP-rated range. The powertrain can support most domestic charging standards, as well as most commercially offered DC rapid charging systems. It has support for up to 3-phase 11kW charging in AC mode for home use: and 100kW DC capability is standard, allowing the car to be replenished at a public charging point to over 50% capacity in under half an hour. What else? Well, Vauxhall being a mainstream brand, residual values aren't as strong as, for example, you'd get from a rival Honda HR-V, but the Mokka claws the advantage back with modest cost of options and very affordable servicing you can budget for with a range of pre-paid servicing plans. There's an unremarkable, but potentially extendable, three year 60,000 mile warranty.

This second generation Mokka represents a new kind of assertive identity for Vauxhall as it seeks to carve out a more distinctive volume brand niche within the PSA Group portfolio of brands. It certainly makes more of a driveway statement than its predecessor - as you'd hope it would given that it sells at a slightly higher price point. And the engineering is at a different level to anything previously seen in a Vauxhall SUV. It would probably be too much to hope here that this second generation Mokka would bring anything completely new to it segment - it doesn't. But customers of small crossovers aren't really looking for engineering ingenuity. Usually, they want to make a pavement statement - and this car does that with a lot more brio than quite a few of its class rivals. Will that be enough here? It'll be interesting to see.