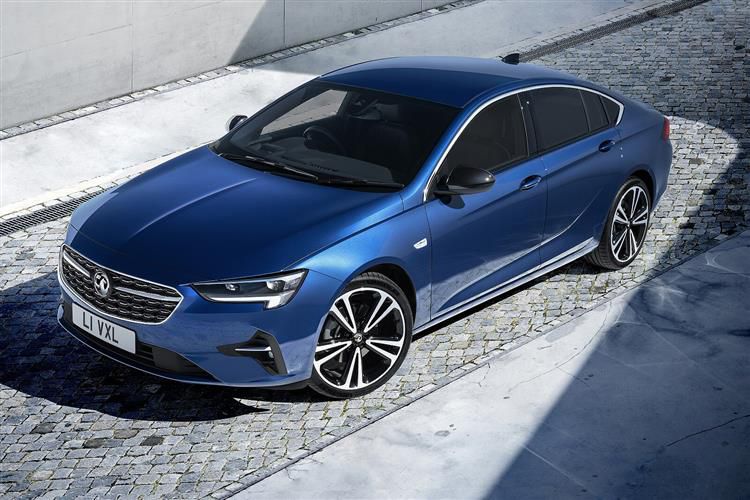 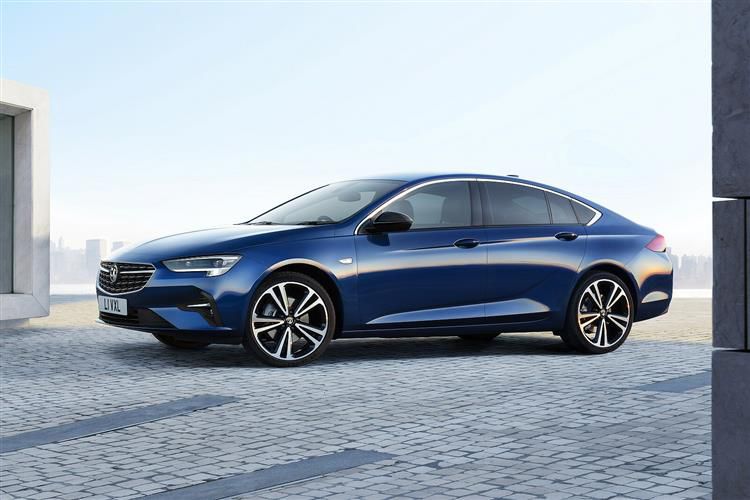 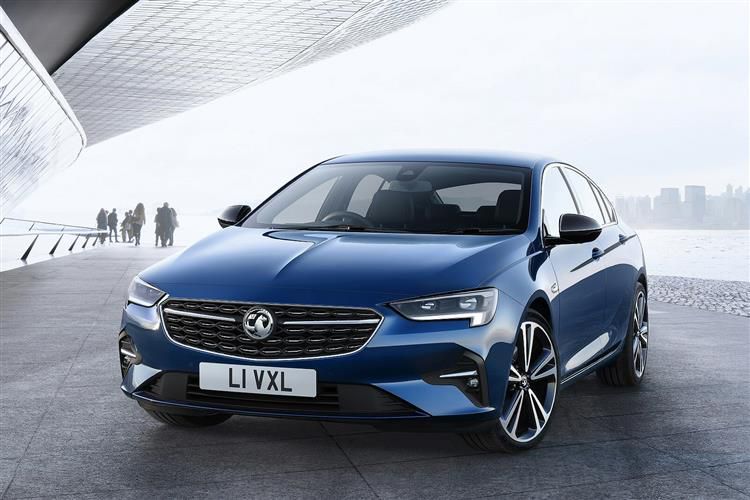 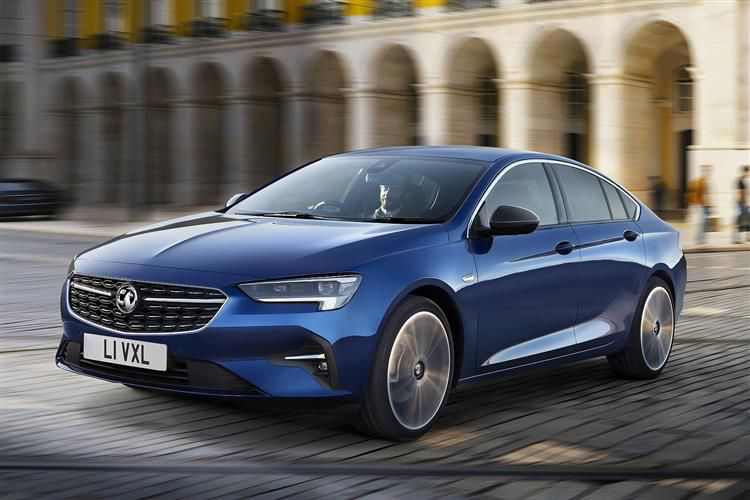 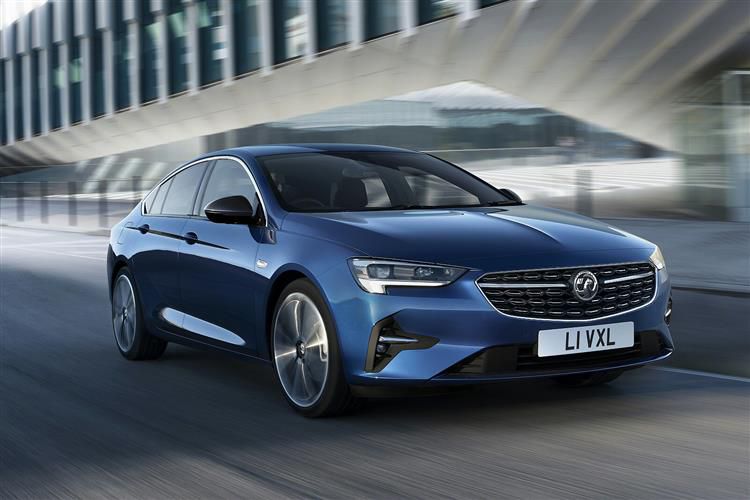 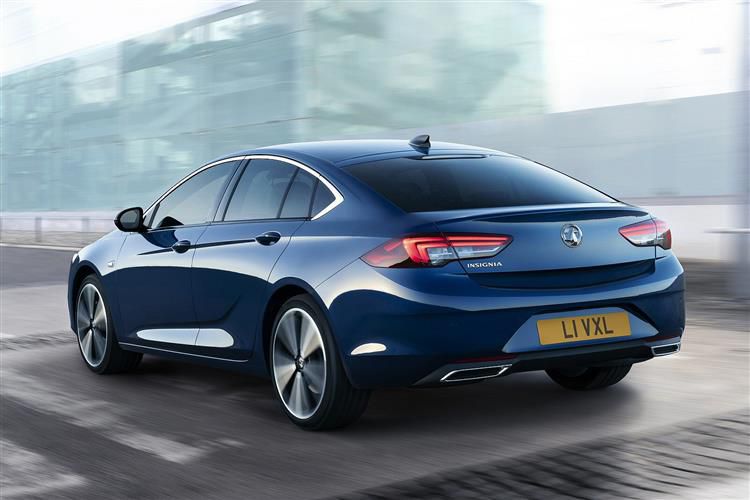 The second generation version of Vauxhall's Insignia gets a useful update in this facelifted guise. Jonathan Crouch looks at what's on offer.

The second generation version of Vauxhall's Insignia has been usefully updated, now offered only in five-door hatch form and featuring a heavily revised engine range, plus smarter looks, a classier cabin and some hi-tech features. If, like many business buyers, you're browsing in the £25,000 to £35,000 bracket selecting a medium range Mondeo segment model or a mid-sized executive contender, it's a contender that you really can't afford to overlook.

If you perceive Vauxhall's Insignia as a middle management mainstream company car, then the brand reckons it's time you had a re-think. The second generation version of this model launched in 2017 was a decent step forward and now, that design has been lightly updated, primarily with a thoroughly revised range of engines. Continuing attributes include a spacious cabin, plus there's an optional slick-shifting 8-speed auto gearbox and a clever 4WD system at the top of the range. Think of a feature you can get in a pricey compact German premium brand - LED matrix lighting, Lane Keep Assist, Head-up Display, cutting-edge media connectivity. All of it's on offer here, plus use of Vauxhall's brilliant OnStar concierge system. It's a strong package.

On the move, this Insignia feels like the bigger car it's now become, the suspension floating you over broken surfaces that would have troubled and impeded previous generation models. The engine range for this revised design features three and four-cylinder units, beginning with two three cylinder powerplants, a 1.4-litre (145PS) petrol engine and a 1.5-litre (122PS) diesel. The three-cylinder engines are up to 50kg lighter than their predecessors in the outgoing version of this car. There's also a 174PS 2.0-litre four-cylinder diesel. All these three engines can of course be ordered with auto transmission (a CVT belt-driven set-up for the 1.4-litre petrol and a conventional torque converter 8-speeder for the two diesels). You have to have an auto gearbox (a new 9-speeder) if you go for the 2.0-litre petrol engines: there are two, offering either 200PS and 230PS, the latter unit reserved for the Nurburgring-tuned Gsi sporting model which gets AWD and a state-of-the-art rear torque vectoring system for greater cornering traction and sharper turn-in. Those handling aids might be nice to have, but they're not really relevant for typical buyers of this model, so we'll finish by summarising the key things you need to know. This Insignia now easily matches class-leading Passat and Mondeo models in terms of drive dynamics and, more importantly for likely customers, it's just as refined at cruising speeds as those two rivals. Plus features like the optional 'Intellilux' matrix headlamps and a range of camera-driven safety systems mean that there's pretty much all the sophistication you'd get from a German premium brand model in this segment too. As a result, you'd not only like one of these but you might even conceivably want one. For Vauxhall in this part of the market, that has to represent a big step forward.

The brand has now deleted the slow-selling Sports Tourer estate bodystyle (and its SUV-inspired 'Country Tourer' variant spin-off), so Insignia buyers are now restricted to the 'Grand Sport' five-door hatch. Vauxhall believes that this Insignia has 'the aura of a car from the premium, upper class'; you decide. The brand reckons that this improved model looks smarter - thanks to the adoption of piercing Intellilux LED headlights. And the company's stylists believe the car also looks lower and wider than it previously did, thanks to the position of the air inlets with their integrated fog lamps. The prominent grille and those slim-line headlamps enhance the wide horizontal design of the front end and provide it with a bold appearance. Inside, the cabin now feels a little plusher than it did before, thanks to the addition of precisely placed chrome accents. As previously, the driver sits quite low and is surrounded by clean lines, pleasant surfaces and impressive build quality, a highlight being the frameless touchscreen of the IntelliLink infotainment system. Cabin width in the rear remains a strong Insignia selling point - as you'd expect it might be given that this car is wider than supposedly much bigger 'E-segment' models like BMW's 5 Series or Mercedes' E-Class. Unfortunately, mitigating against that is the height of the centre transmission tunnel and the fact that the rear bench has been sculpted so that any middle occupant must position themselves on an uncomfortably-raised section of foam. The hatch model does though, boast a roomy 490-litre boot.

Insignia buyers get a five-door Grand Sport hatch model. There are five trim levels available - 'SE Nav', 'SRi Nav', 'SRi VX-line Nav', 'Ultimate Nav' and 'Gsi'. The asking figures start at around £23,000 and range to around £39,000, pricing that offers extremely strong competition to the German premium-badged compact executive models that Vauxhall would ideally like to target. There's plenty of clever equipment features that should interest that target market. The 'IntelliLux LED matrix light' for example, which illuminates with 32 LED segments and integrates in this Insignia's smarter, slimmer headlamps. Other driver assistance systems include a Head-up-Display, Adaptive Cruise Control, Lane Keep Assist with Lane Departure Warning and Rear Cross Traffic Alert. Vauxhall is still one of the few manufacturers to offer seats certified the 'Campaign for Healthy Backs'. And, as for media connectivity, well, as you would expect, the IntelliLink infotainment system is compatible with the Apple CarPlay and Android Auto. Insignia Grand Sport buyers also get Vauxhall OnStar, the brand's the ground-breaking connectivity and service assistant. This offers services ranging from Automatic Crash Response to Stolen Vehicle Assistance. A new concierge service is available to Insignia Grand Sport customers, enabling passengers to ask OnStar advisors to select a hotel and proceed to room reservation. Furthermore, up to seven devices can be connected to the car's Wi-Fi Hotspot.

This improved Insignia consumes up to 18 per cent less fuel than the outgoing model thanks to powerful new high-efficiency engines. The engine range features three and four-cylinder units, including a 1.5-litre (122PS) diesel unit that achieves CO2 emissions of 120g/km WLTP. The three-cylinder engines are up to 50kg lighter than their four-cylinder predecessors in the outgoing model. Above these are two 2.0-litre petrol engines with 200PS and 230PS, as well as a 2.0-litre four-cylinder diesel. All Insignia diesel units are fully RDE2 compliant, meaning no four percent BiK surcharge. The 1.5 Turbo D unit puts out a very competitive 120g/km of WLTP-rated CO2, which rises only as far as 123g/km if you opt for the 2.0 Turbo D engine (or 132g/km for the auto). The 2.0-litre petrol engines are the first Vauxhall engines with cylinder deactivation. Unless the driver needs a lot of power, the variable camshaft control deactivates two cylinders, significantly reducing fuel consumption. The 2.0 Turbo petrol manages 171g/km of CO2 in 200PS form - or 193g/km in 230PS GSi guise. As for residual values, well these will depend on whether the industry recognises this Insignia's more recent slight shift up-market. Even if it does, the depreciation levels won't match those of premium German rivals. But then, you'll be paying less up-front in the first place, so it's swings and roundabouts. You'll also need to know that Vauxhall includes a three-year, 60,000 mile warranty as standard, a package that can be extended up to five years and 100,000 miles at extra cost. A year's free breakdown cover is also provided, along with a six-year anti-corrosion guarantee. Plus you can opt for a service plan that lets you pay monthly to spread the cost of regular work to your car. As part of this, Vauxhall offers discounts on wear and tear items, such as brake pads and windscreen wipers.

Overall, we're reasonably impressed by what Vauxhall has delivered here. This smarter package builds on the strengths of the original version of this model - which primarily centred around a spacious rear cabin, decent equipment levels and a pretty efficient range of engines. The Insignia might still not be quite good enough to beat the premium German makers at their own game, but it's certainly now one of the classier propositions in the volume part of the D-segment. Which makes it all the more astonishing that it's so much more affordable than obvious rivals. It's time to change the way you think about Vauxhall's Insignia. If you doubt that, you need to try one.