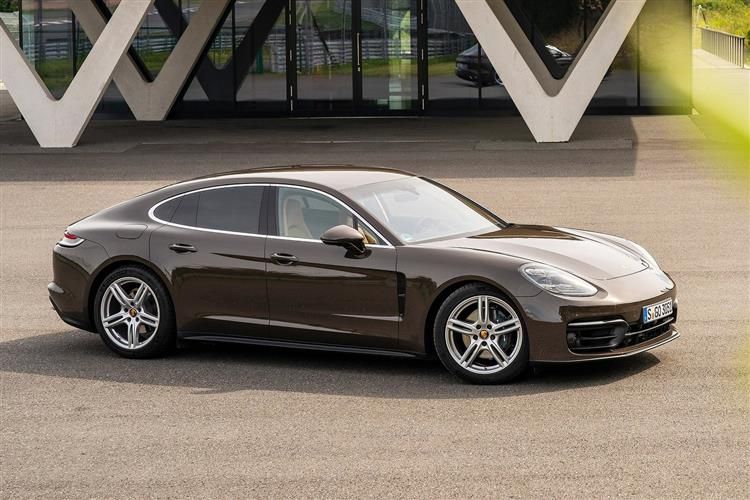 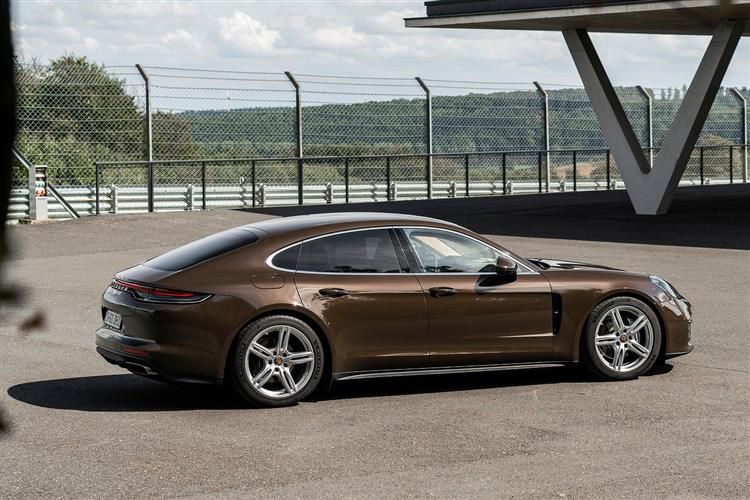 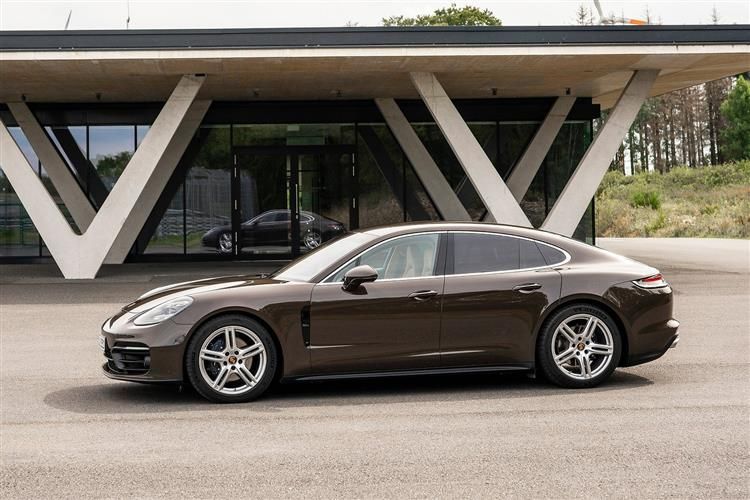 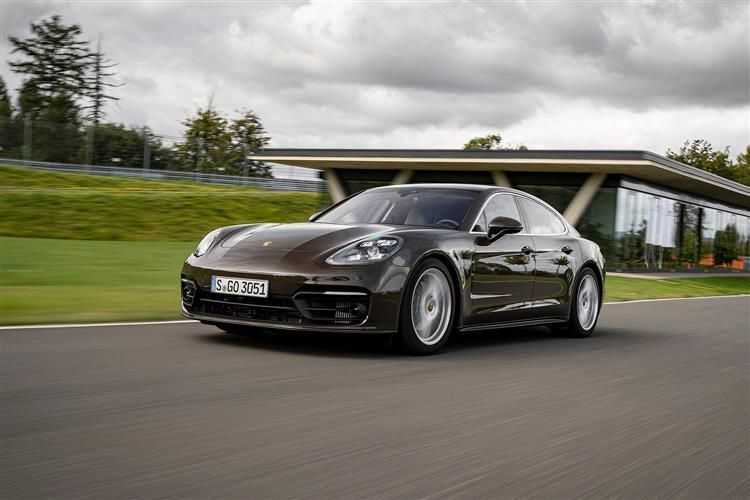 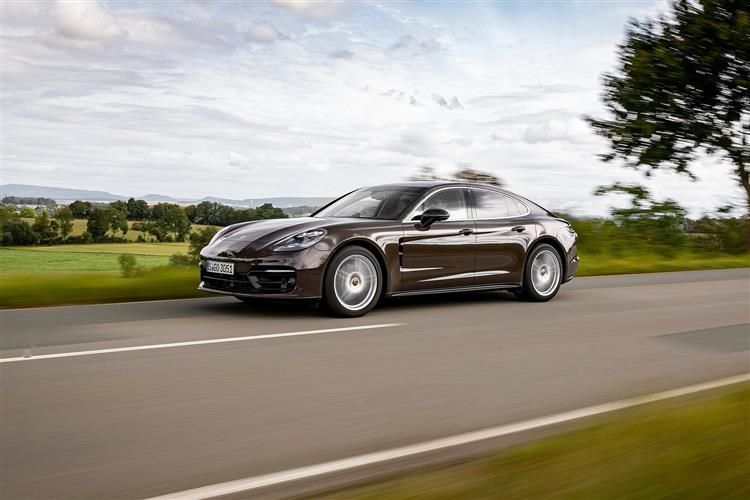 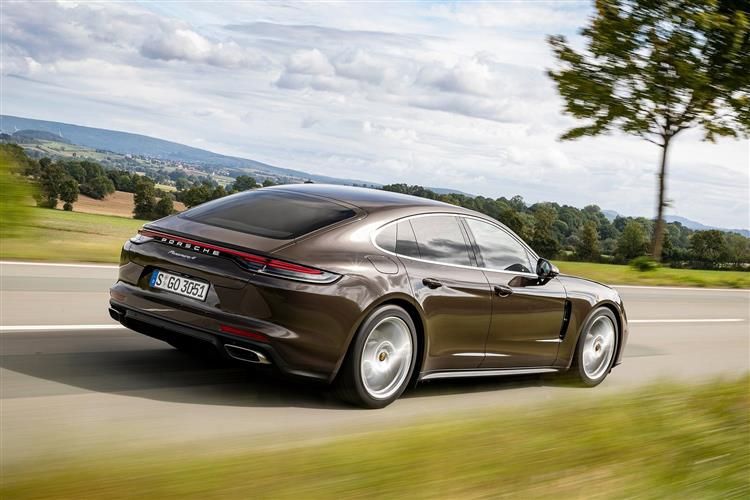 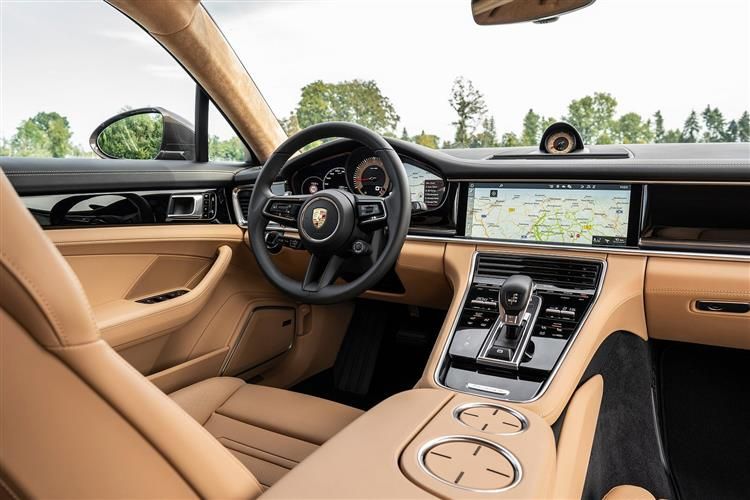 Named after the Carrera Panamerican road race, Porsche's Panamera is the brand's offering to Luxury segment buyers wanting spacious rear seat accommodation and a properly sporting Gran Turismo driving experience. This model could have ended up being a four-door version of the company's 911 coupe or a low-slung interpretation of the marque's Cayenne luxury SUV. In the event, it's very much its own car, a long, low five-door hatch that offers something very different in its sector. This revitalised version of the MK2 model not only looks a little smarter but also offers a fresh electrified PHEV option - and an uber-powerful performance flagship variant. Whatever your preference, for boardroom buyers who yearn for Brands Hatch, this car promises to be a tempting proposition.

Porsche makes sportscars. And some of them look like this. Like its predecessor, this second generation Panamera, first launched in 2017, sets out to be more than simply another powerfully performing Luxury segment saloon. It's a machine instead created around the uncompromising sportscar principles that so characterise its brand - and a design now enhanced in this much improved form. To understand this car, you have to understand the way that Porsche sees it. This contender may be priced against Mercedes S-Class-style Luxury saloons, but ever since the MK1 model's original launch back in 2010, its role in life has been styled to be subtly different. The brand sees the Panamera as a 'Gran Turismo', the kind of car that allows two rear seat passengers to recline in comfort while the driver enjoys himself. Forget Audi A8s and BMW 7 Series models. Think instead... Maserati Quattroporte or even the old Aston Martin Rapide. In other words, a four-door luxury conveyance to really get the pulses racing. This car won't be chauffeur-driven. As before, there's a choice of either the standard five-door or a 'Sport Turismo' body style, a kind of 'shooting brake'-style estate. Whatever your choice of variant, you should find this to be one of the most sophisticated cars Porsche has ever made. But is it also one of the very best? Let's find out.

Really clever engineering can defy the laws of physics. If you want proof, here it is in the metal. The first generation Panamera handled quite impressively for a model of this kind, but when we first tried this second generation version '971'-series model back in 2017, we felt it was far closer to being the kind of car Porsche always wanted to make in this segment. And so it is with this revised version of that MK2 model. Thanks to fantastic steering and an astonishing lack of body roll on fast, flowing roads, this two-tonne, four-seat Luxury segment contender feels almost as agile as a Porsche 911. Or at least it does when specified with all of the brand's expensive dynamic drive technology. There's a lot of it - adaptive anti-roll bars, 'PTV' torque vectoring and a rear-axle steering system are amongst the highlights. 'PASM' adaptive damping is standard, but most Panamera customers embellish it with the optional air suspension set-up. Virtually all of these features have been reworked for this revised model. You're going to want to know about the changes made to this revised model. Well, the previous top 'Turbo' model has been replaced by an even faster one, the 'Turbo S', which gets a re-tuned version of the car's 4.0-litre twin turbo V8 producing 630PS and capable of the 62mph sprint in just 3.1s. There's a new electrified PHEV variant too, the Panamera 4S E-Hybrid, which mates a 2.9-litre twin turbocharged V6 with a 136PS electric motor creating a combined system output of 560PS - enough to get you to 62mph in just 3.7s. Yet thanks to a larger 17.9kWh lithium-ion battery, this plug-in hybrid Porsche can now manage 33.5 miles of all-electric driving. If you can't quite stretch to that, there's a lesser Panamera 4 E-Hybrid variant available with a similar but slightly de-tuned version of the same powertrain and a system output of 462PS. Or if you want more, there's the V8 Turbo S E-Hybrid, with 700PS. Otherwise, the range is familiar from before; no diesels of course. And a starting point of a 2.9-litre V6 developing 330PS in the Panamera and Panamera 4 variants - and 440PS in the Panamera 4S. Bridging the gap to that top Turbo S variant is the V8 GTS variant, which offers 480PS.

As before, Panamera customers can choose the usual Gran Turismo-style five-door body shaper in either standard or long wheelbase forms; or a 'Sport Turismo' estate variant. Either way, the styling revisions here are subtle. The previously optional 'Sport Design' front end is now standard, which features larger air intakes, a different grille and a single-bar front light module. Smarter LED tail lights feature at the rear, with darkened lenses on the GTS variant. Plus there are fresh alloy wheel designs too. Under the skin, as before, sits the stiff, light MSB (Modularer Standard-Baukasten) architecture that the Volkswagen Group uses for all its largest, most luxurious cars. Inside, the changes made to this revised model are far less evident but Porsche says it's made a lot of improvements to the car's infotainment system, accessible via a 12.3-inch colour touchscreen in the centre of the dash. They've enhanced the voice control, added in wireless 'Apple CarPlay' smartphone-mirroring and incorporated live road sign and hazard information. As before, there's also a pair of configurable 7.0-inch screens in the instrument binnacle, though we'd still prefer a full screen set-up like Audi's 'Virtual Cockpit'. As usual with a GT five-door, the sloping roofline and large rear pillars mean that rearward visibility is a little compromised. In the back, as before, there are two sports chairs that position rear occupants for a great view out ahead. Legroom still isn't quite as generous as you'd get in a comparably-priced luxury saloon though, even if you choose the long wheelbase variant. The boot isn't as big as, say, an S-Class or a 7 Series either and has quite a high lip, though there is the bonus of hatchback practicality. It's 495-litres in size in the five-door (or 403-litres in the Hybrids); or, in the Sport Turismo, 515-litres (418-litres in the Hybrids).

Prices start at around £70,000 for the base Panamera which comes only in five-door form. £3,000 more gets you the Panamera 4 and at that point, you'll have the option of finding the extra £2,000 or so needed for the alternative Sport Turismo estate body style. Think in terms of a budget of around £85,000 for a Panamera 4 E-Hybrid - or around £102,000 for the 4S E-Hybrid. As for the more conventional sporting versions, the 4S is around £93,000, the GTS around £107,000 and the Turbo S around £137,000. Still, it's also hard to argue with the amount of kit the car gets as standard. There's a full leather interior, Porsche Active Suspension Management (PASM), Bi-Xenon headlights, front and rear ParkAssist, tyre pressure monitoring, 19-inch alloy wheels, automatic dimming rear view mirrors, Porsche Communication Management with touch-screen satellite navigation and audio controls, cruise control and a three year warranty. That's on top of a Porsche Vehicle Tracking System (VTS). You're probably going to want to add adaptive air suspension if it's not already included on your variant of choice. And probably the optional 'Sport Chrono' pack too.

The market has always offered very fast, very luxurious full-sized Luxury saloons. Rarely though, have they been very rewarding to drive. The Panamera has always been different, very much in a class of its own for boardroom buyers who don't spend all their lives wafting up and down autobahns. In its earlier forms, it was so nearly a truly great car. So nearly the impressively complete contender the improved version of this second generation model now is. Of course, we're not blind to its failings. Prices have risen substantially, something that would be easier to stomach had Porsche not been so mean with some aspects of the standard spec and consigned so many important features to the options list. Some still struggle with the styling too and will prefer the kind of conventional luxury saloon that will give you a bigger, deeper boot. Limo-like models of that sort though, wouldn't see which way this car went on a twisty road. Nor are they as practical for leisure use. In summary, if you still enjoy driving and like the way that this contender looks, you'll love the way it rewards you at the wheel. The Panamera's unconventional. It's unique. But best of all, it's a proper Porsche. 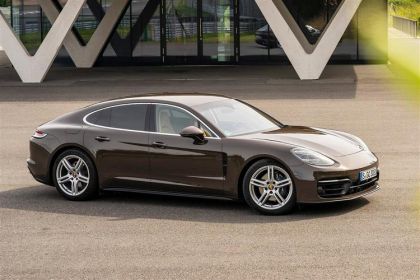 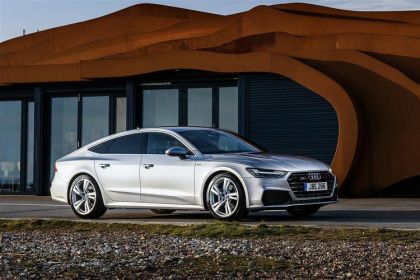