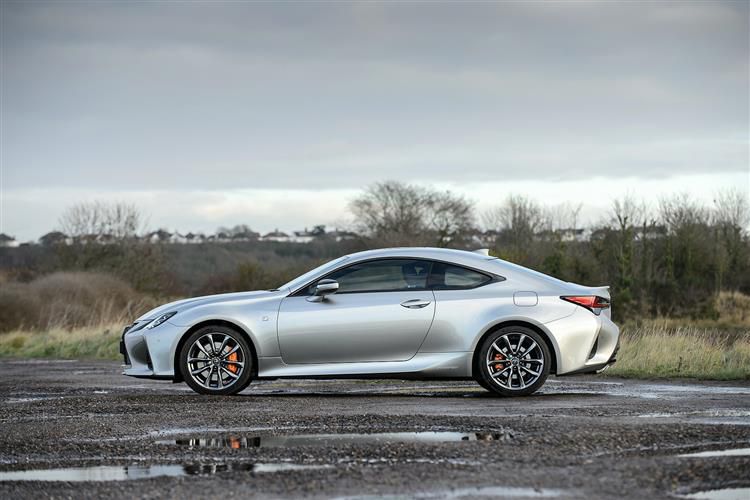 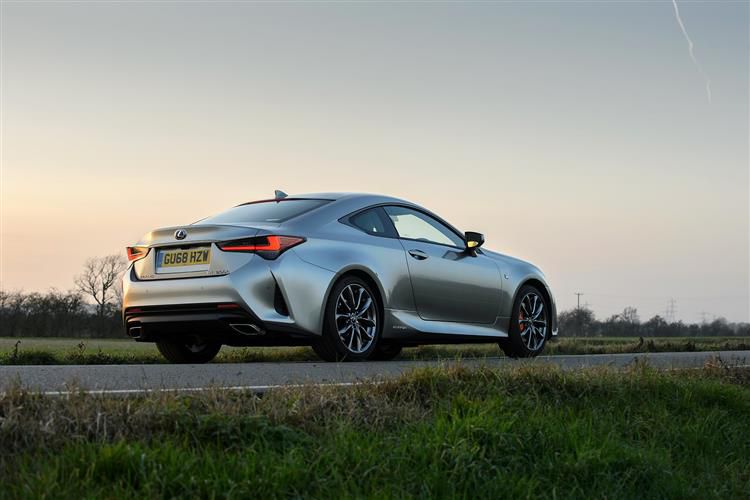 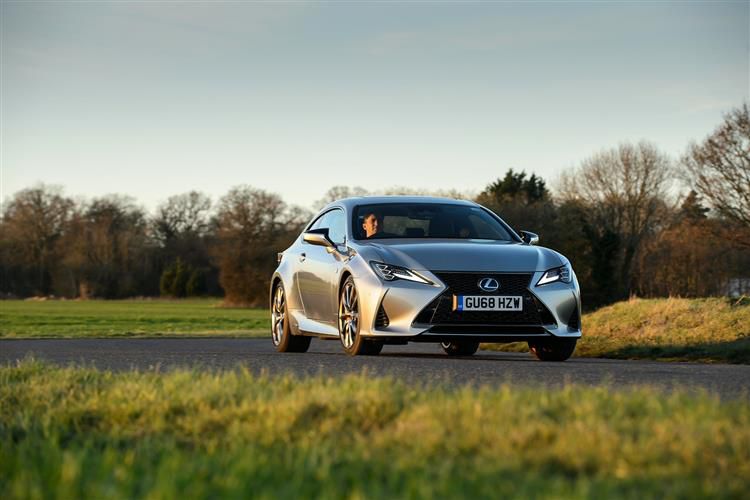 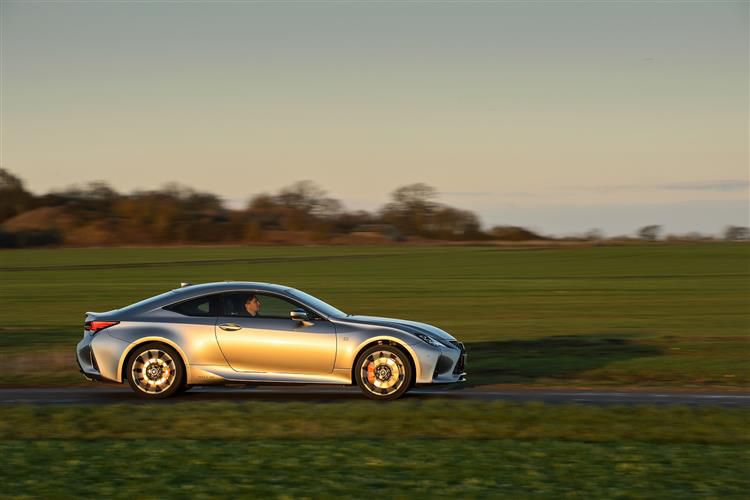 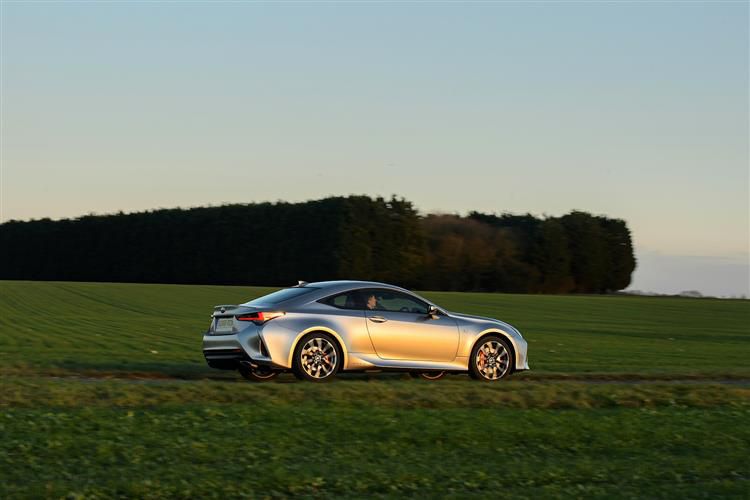 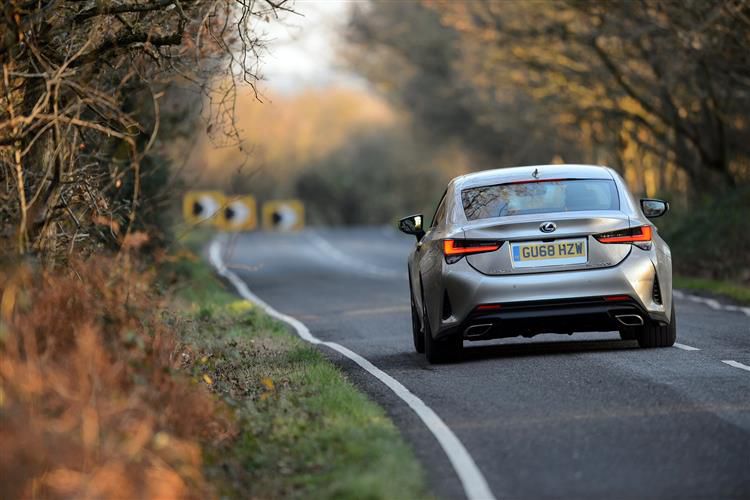 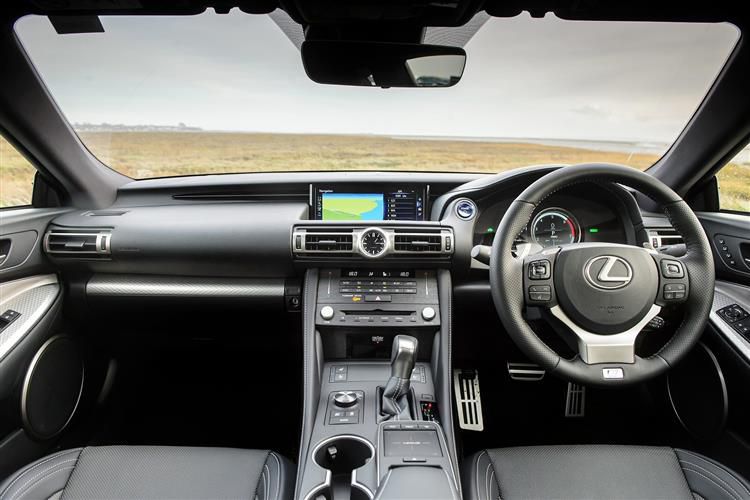 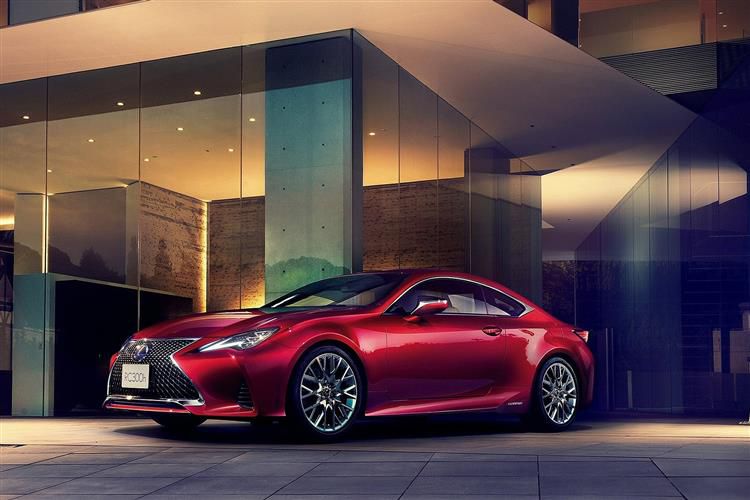 The Lexus RC coupe isn't the obvious executive choice if you're looking for a mid-sized executive coupe, but it's quite a beguiling one if you like your luxury. Here's the usefully revised version. Jonathan Crouch reports.

The improved Lexus RC is a premium two-door coupe that delivers smart design, Lexus luxury and craftsmanship, plus a refined and even quite engaging driving experience. The idea is to attract new and younger customers to the brand, though these people will need to like the idea of the 2.5-litre petrol electric hybrid engine that lies beneath the bonnet.

Perhaps you're looking for an Executive Coupe selling in the £40,000 to £45,000 bracket. If so, your shortlist is likely to have a very Germanic feel to it, including cars like Audi's A5 and two-door coupe versions of the Mercedes C-Class and the BMW 4 Series. Infiniti's Q60 coupe offers an alternative to these brands, but it's only sold through a very small dealer network. There is another alternative though - the car we're going to look at here, the improved Lexus RC. Lexus first introduced this generation of RC coupe at the beginning of 2015 in fire-breathing 5.0-litre V8 RCF guise, then followed it up a year later with tamer hybrid and turbo petrol versions. Today, the mainstream range - for our market at least - concentrates of the RC 300h hybrid derivative. This revised model is sleeker, better equipped and, it's claimed, a little more fun to drive.

You probably won't be expecting this Japanese contender to match its German rivals for handling involvement , but Lexus engineers have aimed to make this improved RC more fun to drive by focusing their attention on details, such as enhancing the car's aerodynamics and fine-tuning the suspension system and powertrain. Endowed with a flatter and more stable ride quality and sharper handling characteristics derived from the LC, the new RC is more athletic and responsive than before. As before, vehicle dynamics benefit from tuned electric power steering and an Adaptive Variable Suspension system that emphasises handling agility as well as ride comfort. There aren't any engine changes to this revised model and it continues to be offered here primarily in 300h petrol electric hybrid form. If you want to settle back, there's nothing quite like the quiet, refined and sophisticated driving experience provided by the full hybrid powertrain and the E-CVT auto gearbox. As usual with a Lexus hybrid, you get the benefit of a fully electric EV driving mode for silent running over short distances. The engine is a 2.5-litre, four-cylinder Atkinson cycle petrol unit aided by a powerful electric motor. Total output is 220hp, acceleration from nought to 62mph can be accomplished in 8.6 seconds, while the top speed is 118mph.

With this revised RC coupe, the Lexus designers have sought to add a little extra elegance to the exterior. There a smarter front bumper corner that flows down from the headlamps and a grille mesh pattern comprising shapes which gradually transform from top to bottom. The vertical arrangement of the extra-small triple LED headlamps and revised L-shaped LED tail lamps add to the car's more distinguished appearance. Inside, a brushed treatment has been applied to the heater control and audio panels, generating a higher sense of quality, while the knee pads either side of the centre console have been made larger and raised higher, creating a greater sense of space in the front of the cabin. The driver's palm rest has been reshaped and a stitching pattern has been added to the surface, showcasing the designers' high attention to detail. A new analogue clock, identical to the one in the LC, sits high on the instrument panel in another identifying feature of Lexus coupes. Otherwise, it's much as before. There's a touch more rear seat space than you'd get in, say, coupe versions of the BMW 4 Series or the Audi A5 and access to the back is made easier with a one-touch walk-in function using a lever mounted on the shoulder of the front seats. This automatically slides the front seat forward while folding the seatback forward. There's 340-litres of boot space, a figure unexceptional by class standards, but likely to be enough for most owners.

Prices for the RC 300h start at around £39,000 for the base model. Around £42,500 gets you more dynamic 'F Sport' trim (with an upgraded 'Takumi Pack' option for £2,000 more). Around £45,800 is enough to deliver the ritziest 'Takumi' version. All models are very well equipped. Even the base variant gets 18-inch alloy wheels, the Lexus Safety System+, front and rear parking sensors, a reversing camera, smart entry, Lexus Premium Navigation and Tahara upholstery. Customers can also specify an optional sunroof and Leather Pack with smooth leather upholstery in Black or Dark Rose and an integrated steering wheel heater. The F Sport is distinguished by its exclusive F Sport styling features inside and out, including the front spindle grille with new F Sport mesh pattern, 19-inch multi-spoke alloys, steering wheel, sports pedals and sports front seats. Its performance theme is emphasised by orange brake callipers, visible through the slim spokes of the smart F Sport wheels. Other standard features include LED headlights in a triple eye arrangement with Automatic High Beam, LED front indicator lamps, leather trim and Adaptive Variable Suspension. At the pinnacle of the range, the Takumi derivative is equipped with Mark Levinson sound system, 19-inch 10-spoke alloys, Blind Spot Monitor, Rear Cross Traffic Alert, memory setting for the driver's seat, sunroof and smooth leather upholstery.

If the BiK taxation element of running costs is in any way significant to you, the RC 300h's petrol electric hybrid engine will be far more financially attractive than the diesel units of rival Mercedes, Audi and BMW coupe models in this segment. This manages 57.6mpg on the combined cycle and 113g/km of CO2 in standard form - or 56.5mpg and 116g/km if you go for the 'F Sport' or 'Takumi' variants with their bigger wheels. Either way, that's not bad for a relatively heavy, performance-minded petrol-powered luxury coupe. Otherwise there's a three year/60,000 mile warranty for reassurance, a period of cover I'd normally call 'unremarkable'. I won't in this case because this is a Lexus. They don't tend to go wrong and if they do, you've got the best after sales care in the business to fall back on.

This improved Lexus RC continues to be a welcome alternative in the ranks of relatively affordable executive coupes. Not everyone prioritises ultimate driving dynamics in a model of this kind and for those in search of luxury, this car may well satisfy. Compared to coupe versions of obvious rivals like Mercedes C-Class, BMW's 4 Series and Audi's A5, this is a very different kind of contender. It feels more expensive and has the driveway presence and cabin feel of a £50,000 car rather than one costing £40,000 to £45,000. A certain kind of buyer will like this very much. And we can understand why.