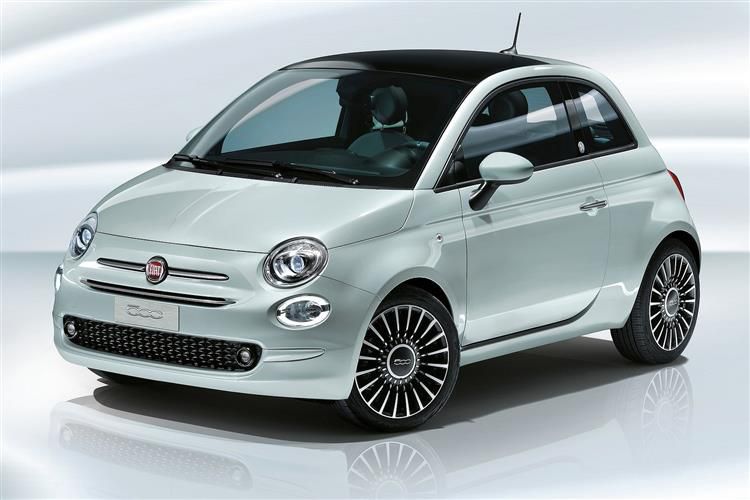 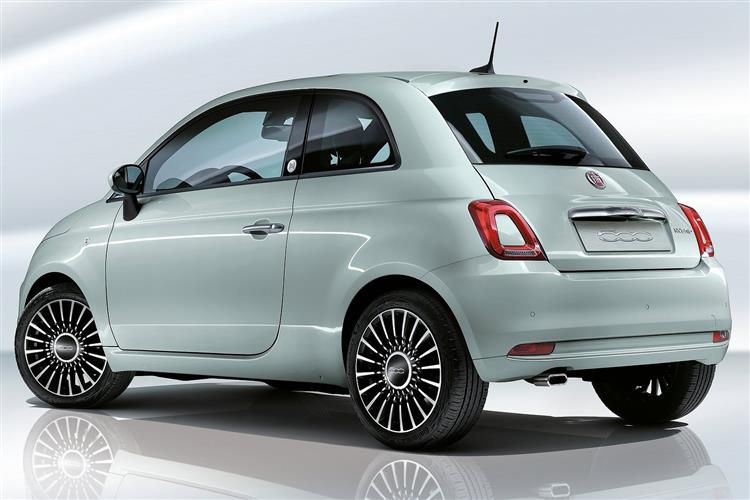 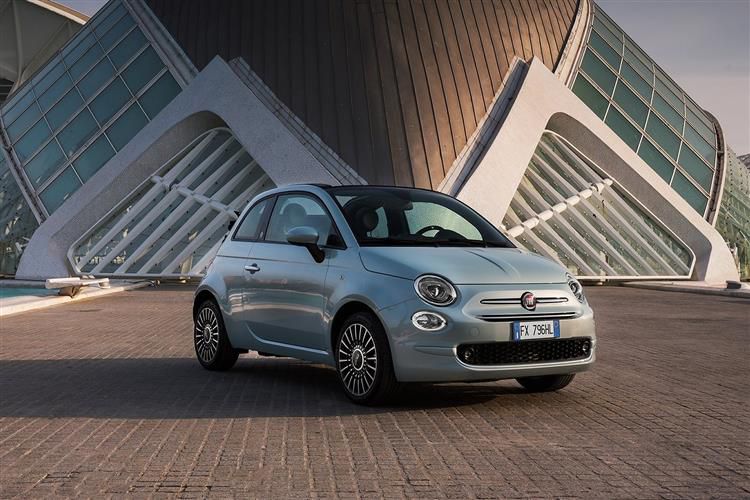 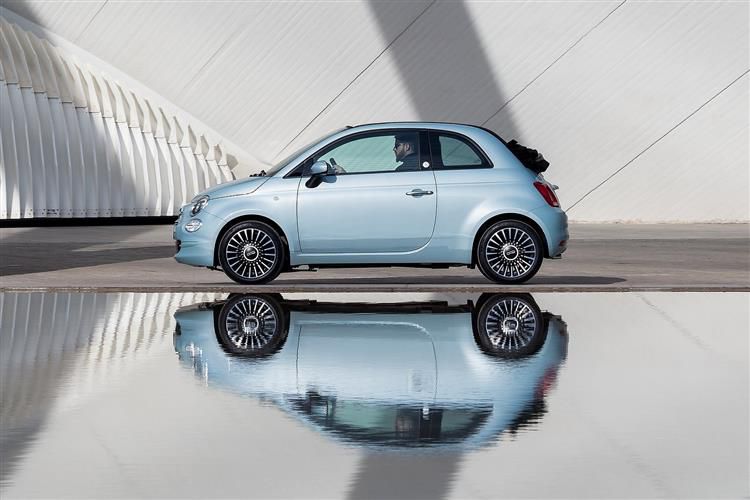 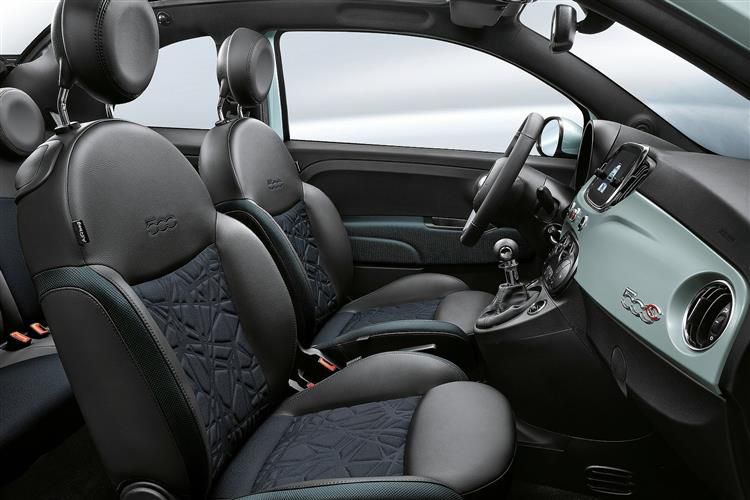 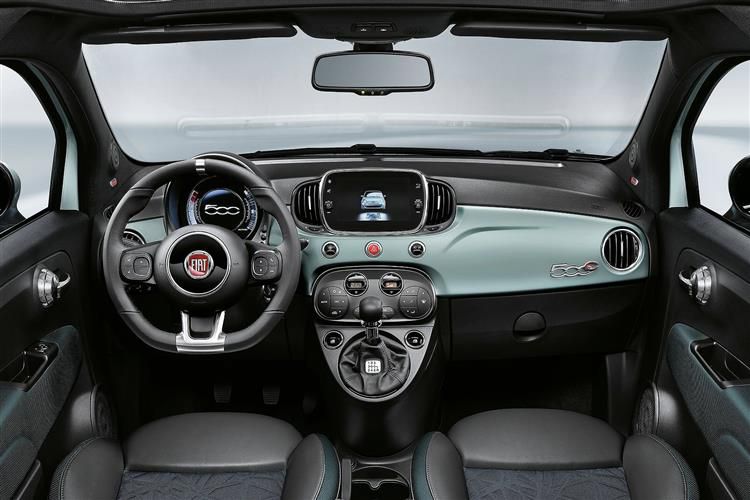 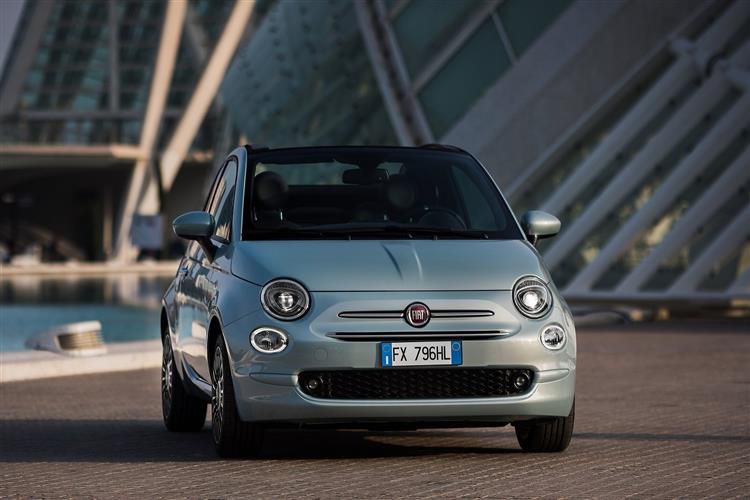 The 500 has been a great success story for Fiat, offering buyers a cute, retro citycar at affordable prices. But does it still have what it takes against newer rivals? Jonathan Crouch takes a look at a revised range enhanced with mild hybrid tech.

Fiat's cheeky little 500 is a stylish citycar that remains as appealing as ever. It's just gained clever 1.0-litre mild hybrid petrol power but otherwise hasn't been fundamentally changed in recent times - but then loyal buyers didn't really want it to be. These people will like the smart look, the various media options and the very individual feel. You can tell that Fiat knows its market.

If ever a car has built its brand, it's this one, Fiat's 500. In fact, it's done so twice. First at its original launch back in 1957. And more recently with this modern era version, first launched in 2008. Ever since, it's been a money-spinner for the Italian brand, who've never stopped trying to improve it. We got quite a wide-ranging package of updates in early 2014 that gave buyers of more expensive versions the company's 'UConnect' infotainment technology. Then in early 2020, the brand announced a 1.0-litre mild hybrid three cylinder engine. Fiat's also put considerable thought into a wide range of personalisation options. It all means that on paper at least, this car remains a strong proposition. The small, fashionable citycar segment though, has changed substantially since this model's original launch. Does this Fiat still have what it takes to compete? Let's find out.

The big news here is the introduction of a mild hybrid 70hp 1.0-litre three cylinder petrol engine to replace the aging 69hp 1.2-litre conventional four cylinder unit this car's been soldiering on with since launch. The mild hybrid powerplant improves fuel efficiency without impeding performance. It also ensures a very high standard of driving comfort thanks to a 12-volt 'BSG' 'Belt-integrated Starter Generator', allowing for a quiet, vibration-free restart of the internal combustion engine in Stop&Start mode. The engine (which in conventional form we've already seen in the 500X SUV) puts out 92Nm of pulling power and works via a 6-speed manual gearbox integrated with that 'BSG' set-up we just mentioned. The 'BSG' system is mounted directly on the engine and is operated by the belt that also drives the auxiliaries. The new system also involves lowering the entire power unit 45mm so the car behaves better on the road thanks to the lower centre of gravity. As before, there's a 1.4-litre petrol turbo unit for the Abarth models. In recent times, Fiat has tried to improve both the ride and handling of this 500, though this will probably be of limited interest to the car's urban-minded audience. You'll find that the engine can get a bit vocal if you work it hard. Even then though, the gruff, slightly throbby note is characterful rather than unpleasant and around town, refinement is more than acceptable. If you are urban-bound, you might also want to consider the optional (but rather jerky) Dualogic gearbox, a kind of manual transmission without a clutch. Unless you like all that left-foot pumping of course. With the Dualogic though, you'll have to have the older less efficient 1.2-litre 69hp engine. City dwellers will appreciate the tight 9.3m turning circle.

Fiat would've been unwise to mess with the 500's shape too much, so sensibly, they've kept exterior styling tweaks to the minimum with this 500 model over the last few years. As before, there's a single three-door bodystyle, though you can order it in soft-topped '500C' form if you like the idea of having an electric fabric-folding roof. Your Fiat dealer will also offer you a fashionable choice of wheels, graphic packages and paint colours. Inside, the biggest change to more recent versions of this car has been the inclusion of 'Uconnect' infotainment systems on all models, Smart air vents flank the screen, leading to a much more integrated feel than you'd get in many more expensive cars. Drivers will also appreciate the smart steering wheel with its chrome-plated switches. Plus, if they're in a plush 'Lounge' model, they've the benefit of an optional 7" TFT instrument cluster. In the rear, larger adults will find their heads brushing the roof and will need to make full use of the elbow cut-outs indented into the side panels. Most though, will find the space provided just about sufficient for two people on short to medium journeys - and it'll probably be fine for kids. The 185-litre boot remains as before, no bad thing as this still trumps many rivals. If you need to carry more, then you can push forward the rear bench, which split-folds in all but the entry-trim level. This frees up 550-litres. Bear in mind if you opt for the 500C convertible version that the luggage capacity figures fall slightly to 182-litres.

As before, there's a choice of fixed-top and convertible 500 models. The open-topped 500C variants require a premium of around £2,500 over their standard counterparts. If you're happy with tin-top 500 motoring, then you'll find pricing that's a fraction higher than before, yet which still starts at around £12,600 for the baseline 1.0-litre Pop version. Above this variant, there are 'Lounge', 'Sport', 'Star' and 'Rockstar' trim levels. While there are cheaper and more practical cars out there, these prices are on par with other style led hatchbacks like Vauxhall's ADAM - and they undercut what you'd pay for a comparable MINI Hatch 3-door. Key options include the Dualogic semi-auto gearbox which requires a premium of around £750. So what do you get for your money? Base 'Pop' trim has LED daytime running lights and a Uconnect infotainment system with six speakers, plus AUX-in/USB ports and steering wheel remote controls. Plush 'Lounge' spec meanwhile, gets you a panoramic glass sunroof, rear parking sensors, a chrome front grille, front fog lights, a leather-trimmed steering wheel and a Uconnect 5" LIVE touchscreen infotainment system with smartphone integration. If you want to go further, then your dealer will want to tell you about the latest range of so-called 'Second Skin' decal packages. 500 models are safe too, with a five star Euro NCAP safety rating, seven airbags, ABS with electronic brake distribution, electronic stability control, a Hill Holder clutch to make pulling away on an incline easier and hydraulic brake assistance to help with emergency stops.

One of the advantages of such a small car is that tiny fuel efficient engines are more than adequate for hauling you and your little Fiat around. Particularly the mild hybrid 1.0-litre 'Firefly' unit now fitted to all versions of this car. The electrified system used here recovers energy during braking and deceleration, stores it in a lithium battery with a capacity of 11Ah, and uses it, at a maximum power of 3,600W, to restart the engine in Stop&Start mode and to assist it during acceleration. This technology allows the internal combustion engine to switch off by shifting into neutral, even at speeds below 18mph. The dashboard, which displays information on the hybrid system, prompts the driver when to shift. The mild hybrid propulsion unit works with a 6-gear manual transmission aimed at improving fuel economy in out-of-town driving, thanks to new low-friction bearings and gaskets and the use of a specific high-efficiency lubricant. Expect well over 50mpg (53.3mpg [WLTP]) in regular use and an NEDC-rated CO2 emissions figure of 88g/km (down from 114g/km before). If you decide to go for the open-topped 500C variant with this engine, you'll see no penalty for either economy or emissions. What else? Well, this car should certainly be cheap to insure. The warranty is a typical three year affair but with a 100,000 mile limit that's significantly higher than some other brands will give you. 500 models hold their value very well and that's unlikely to change any time soon. Don't be tempted to go customisation-crazy with the options list though: not everyone will share your taste or want to pay extra for graphics when it comes time to sell.

To be honest, Fiat hasn't needed to do a whole lot to retain this 500 model's popularity. It still looks great, it's always been fun to drive and providing the pricing doesn't get too ambitious, the market remains there for it. As for this updated version, well the mild hybrid technology is welcome. And there are plenty of personalisation options for Fiat dealers to talk about in the showroom. Otherwise, things are much as before, which means that the sound and eager response you get from the various engines very much suit the car and though the quoted running cost returns are difficult to achieve in real-world motoring, there's no doubt that this will be a very cheap thing to run indeed, thanks to the mild hybrid tech. Yes, this model remains pretty small inside, but then smallness is all part of the appeal. You'll appreciate that when zipping around town in one. In summary then, this car remains as likeable as ever. Choosing a 'fashionable' little runabout can often be a risk. Here though, is one you can enjoy without a worry.